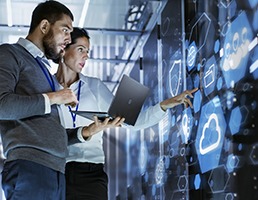 Companies expect to be using artificial intelligence (AI) within their businesses within the next few years, but are lagging behind in discussions of the ethics surrounding it, found research by technology company Genesys.

The consultant carried out multi-country surveys of 5,310 employers and employees to find out their opinions on AI ethics policies, potential misuse, liability and regulation. More than half of the employers questioned in the survey said their companies do not currently have a written policy on the ethical use of AI or bots, although 21 per cent expressed a definite concern that their companies could use AI in an unethical manner.

The research findings are derived from opinion surveys that delved into the broad attitudes of 1,103 employers and 4,207 employees regarding the current and future effects of AI on their workplaces. The 5,310 participants were drawn from six countries: the US, Germany, the UK, Japan, Australia and New Zealand.

Nearly two-thirds (64 per cent) of the employers surveyed expect their companies to be using AI or advanced automation by 2022 to support efficiency in operations, staffing, budgeting or performance, although only 25 per cent use it now. Yet in spite of the growing trend, 54 per cent of employers questioned said they are not troubled that AI could be used unethically by their companies as a whole or by individual employees (52 per cent). Employees appear more relaxed than their bosses - only 17 per cent expressed concern about their companies.

A fair number of employers surveyed (28 per cent) are apprehensive that their companies could face future liability for an unforeseen use of AI, yet only 23 per cent said there is currently a written corporate policy on the ethical use of AI/bots. Meanwhile, an additional 40 per cent of employers without a written AI ethics policy believe their companies should have one, a stance supported by 54 per cent of employees.

Genesys commissioned third-party research consultant Vitreous World to conduct online surveys of 5,310 adult employers or employees in six countries, coming from a total pool of 28 industry categories. The margin of error is plus/minus 3 per cent.