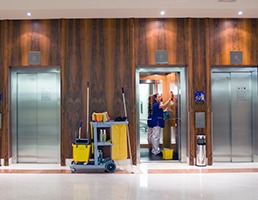 One in 20 workers is not receiving any holiday entitlement, while around one in 10 is not issued with a pay slip - highlighting the scale of labour market violations across the UK, according to analysis published by the Resolution Foundation.

The analysis, published to mark the start of the Resolution Foundation's three-year investigation into labour market enforcement, uncovered the extent of unlawful working practices across the UK, and identified where abuse is most common.

Focusing on three key labour market violations, it found that:

 Around one in 20 workers reports receiving no paid holiday entitlement, despite being legally entitled to at least 28 days a year (pro-rated accordingly for part-time workers).

 Almost one in 10 workers does not receive a legally required pay slip, making it hard for workers to calculate whether they're receiving the right level of pay, pension and holiday entitlement and check for deductions.

 HMRC identified a record 200,000 cases of workers not receiving the minimum wage as a result of its enforcement work last year, with the foundation's analysis finding that at least a quarter of those earning within 5p of the minimum wage are paid less than the legal minimum.

The analysis showed that the likelihood of a worker being subject to labour market violations is closely connected to their personal characteristics, their type of employment contract, the firm they work for, and the industry they work in.

Workers in the hospitality sector are the most likely to miss out on minimum legal workplace entitlements. Around one in seven workers in the sector claimed they receive no holiday entitlement - three times the rate across the rest of the economy, and one in seven did not receive a pay slip (a rate 50 per cent higher than the rest of the labour market).

Those at small firms (employing fewer than 25 employees) are most likely to miss out on pay slips and holiday leave, as are workers on zero-hours and temporary contracts.

The government has taken steps to increase both the resources and powers of bodies such as HMRC and the GLAA (Gangmasters and Labour Abuse Agency) in recent years. However, the UK still largely relies on individuals to hold non-compliant firms to account, with the Employment Tribunal (ET) system receiving more than 100,000 applications last year.

The foundation believes, however, that those workers who are most likely to require redress through the ET system are the least likely to use it.

The foundation found the scale of labour market abuse highlights the need for the state to step up to ensure that the UK's labour market rules are better enforced. It welcomed the government's plans to create a new single enforcement body to tackle such abuses, but said the new body must be properly resourced in terms of funding and staff, and must have legal powers.

London (Greater)
Up to £47,276 per annum plus excellent benefits
Reference
59097
END_OF_DOCUMENT_TOKEN_TO_BE_REPLACED