Government 'must clamp down on unscrupulous employers' 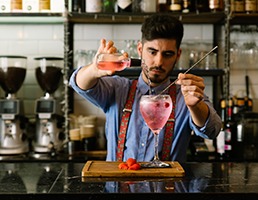 The government should take action against "unscrupulous employers" who are denying workers their basic rights, according to a legislation expert referring to a report published this week.

One in 20 workers is not receiving any holiday entitlement, while around one in 10 is not issued with a pay slip - highlighting the scale of labour market violations across the UK, according to analysis published by the Resolution Foundation and reported in Facilitate this week.

Neil Tonks, legislation expert at MHR in response to this report said: "While the growth of the zero-hour contracts and agency work has helped the UK to record its lowest rate of unemployment in 45 years, it seems this is coinciding with an increase in labour market violations with many employees failing to receive holiday pay, pay slips and the minimum wage.

"Regardless of whether people are employed on permanent, temporary or zero-hour contracts, all employees are entitled to the same statutory rights.

"The government must clamp down on unscrupulous employers who are violating the law by denying their employees their basic rights, and provide better education to the UK workforce on the importance of receiving and understanding their employment entitlements."

Kate Palmer, associate director of advisory at employment law consultancy Peninsula, said: "The Resolution Foundation also revealed that workers aged 25 and under were almost twice as likely to be underpaid the minimum wage than any other age group, due to the confusion around the different age categories associated with NMW.

"There can often be a failure from employers to understand exactly when an individual who changes between each boundary, e.g. a 20-year-old who turns 21, will be entitled to an enhanced rate of pay. Employers should always ensure that changes to minimum pay rates are implemented accordingly. These efforts will be significant in avoiding HM Revenue and Customs' NMW naming and shaming list, which could have a detrimental impact on an employer's reputation."