Sunley to step down as Lexington's CEO 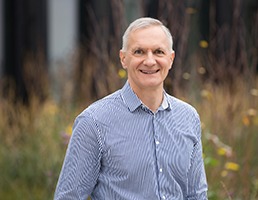 Caterer Lexington has announced that its chief executive, Mike Sunley, has decided to step down from his role in December, after 17 years leading the company.

Julia Edmonds, managing director of Lexington, will take over the leadership of Lexington and the Elior City business, with Sunley supporting the transition process until the 31 December.

Since launching Lexington in 2002, Sunley has overseen "rapid growth and helped Lexington become one of the most innovative, trustworthy and people-focused contract caterers in London, diversifying the business to ensure it remains competitive and profitable", said the company.

Edmonds joined Lexington's executive team in 2007 as sales and marketing director. She became managing director in 2011. She has played a central role in embedding core values, driving growth and influencing business strategy.

Edmonds will continue to work closely with the existing senior leadership team, who will remain in place with the additional support of recently recruited Sean Ritson, operations director, and Ben McEwen, sales director.