UK must 'ramp up' efforts to manage transition to automation 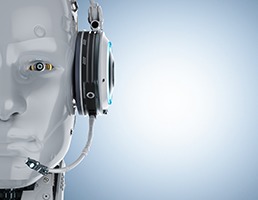 Unless the government steps up efforts to manage the transition to automation, entire regions of the UK face being left behind and British businesses could find themselves being uncompetitive, says the Business, Energy and Industrial Strategy (BEIS) Committee.

Its Automation and the Future of Work report finds that the UK's slow place in moving to automation - the UK lags behind its G7 competitors in its adoption of robots - has allowed other countries to "steal a march in leading the Fourth Industrial Revolution and seizing upon the opportunities for economic growth and jobs".

To ramp up the leadership and coordination needed to enable the UK to capitalise on these new technologies, the report urges the government to come forward with a UK robot and AI strategy by the end of 2020.

The report outlines a series of measures that could be introduced as part of this strategy, to help support businesses, industries, and universities and boost the adoption of automation.

It finds against a 'robot tax', believing that such a tax would discourage take-up of automation and that it would not be in the interests of businesses or workers in the UK.

Given the potential boost to productivity, especially among SMEs, the report recommends that the government should bring forward proposals in the next Budget for a new tax incentive to encourage investment in new technology, such as automation and robotics.

On the potential for a move to a four-day working week, the report agrees with the CIPD that this is feasible but not currently practical.

Rachel Reeves, chair of the Business, Energy and Industrial Strategy (BEIS) Committee, said: "The switch to automation brings challenges for businesses and for workers, with fears for livelihoods or disruption to job roles coming to the fore. The real danger for the UK economy and for future jobs growth is, however, not that we have too many robots in the workplace but that we have too few.

"For all the potential of the UK, and despite our excellent tech and research base, the fact is that we are lagging behind our international competitors in our adoption of robot and automation technologies. Productivity, economic growth, and ultimately job creation and higher earnings, will flow to those countries that capitalise on these technologies."