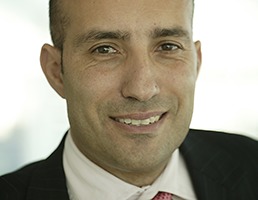 Mace has announced changes to its group board and wider leadership teams to take effect in January 2020, in line with the company's 2022 business strategy to promote strong and sustainable growth.

The purpose of the new leadership structure is to empower and transfer full accountability to the four engines for the delivery of Mace's 2022 strategy goals and objectives. The divisions will have greater influence and control over their strategies, within the framework created by the group board. Each leader and divisional board will be responsible for client relationships, service delivery and overall performance.

Mark Holmes will take on the role of deputy chairman of Mace. He will retain a number of his current roles, including leadership of Mace's people and talent and responsible business boards, as well as continuing to support North America and Mace Macro.

Richard Bienfait, previously announced as Mace's new chief financial officer, will take up his role on the group board in January.

Mark Reynolds said: "Mace's future relies on us being committed to our succession plans and driving strong and sustainable growth across our four 'engines'; allowing our leadership teams to respond more quickly to the needs of our clients and colleagues."