Employees would opt for longer workdays in a shorter week 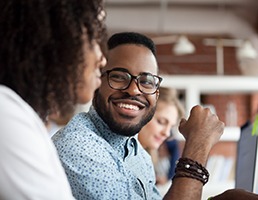 Workers want to move to a four-day working week, according to a survey conducted by office furniture supplier Viking.

The research, which involved 1,677 UK employees, points to important trends that employers should consider during this week - National Work Life Week.

At least half of those polled said they would like to move to a four-day working week.

Respondents were asked which days they would like to work, and gave the following results:

 72 per cent want to work on Mondays

 93 per cent want to work on Tuesdays

 93 per cent want to work on Wednesdays

 91 per cent want to work on Thursdays

 50 per cent want to work on Fridays

Although they would only be working four days a week, most employees said they would like to keep to a full-time schedule of 38 hours a week. Instead of the current 9-to-5 standard pattern, employees wish to divide their time by working longer hours, four days a week. The average hours that UK workers want to spend at the office each day are:

Survey respondents were also asked to state their ideal start and finish times under their proposed working week. The most popular times were starting at 8am and finishing at 6pm.

The issue looks set to become more pressing as younger workers move up through the workplace. Over two-thirds (68 per cent) of those workers aged 16 to 25 want the option to work from home, compared with just over half of over-55s.

Workers are not the only ones who would stand to benefit from the new working pattern. Respondents said that working a four-day pattern would have a number of benefits for their employers. Sixty-one per cent of people said changing their working hours would make them more productive. Other benefits employees cited are:

 70 per cent think it would make them happier

 65 per cent said it would reduce stress

 62 per cent think it would boost relationships

 51 per cent think it would increase motivation

  54 per cent said they would be more creative

  68 per cent would feel better rested