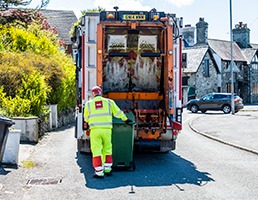 Norwich-based Norse Group is adding waste collection arrangements in Medway and East Hampshire to its portfolio of services.

This means that the group now provides domestic refuse services for almost a million people in the South East.

Another 270 staff have transferred into Norse's Medway operation to deliver refuse collection, recycling and street cleaning, in addition to the current arrangements Norse has with Medway Council for property and grounds maintenance, transport and household waste recycling centres.

Norse has acquired a fleet of about 80 new refuse, grounds and street cleaning vehicles to service the two new contracts.

Norse took over responsibility for refuse collection in Daventry in June 2018 in a 10-year agreement worth £50 million, which has already resulted in a big increase in recycling rates.

Norse, which is 100 per cent-owned by Norfolk County Council, provides a range of services in England and Wales, including facilities management, property services and residential care homes.

But recently Norwich City Council has confirmed that it would be transferring a number of services back under direct council control, following discussions with Norse.