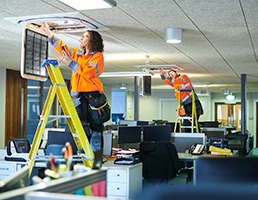 The Building Engineering Services Association (BESA) welcomed several positive initiatives for the construction industry announced in the Queen's Speech as part of a government's proposed legislative agenda for the new parliamentary session.

BESA said the commitment to legislate for new building regulations, which includes action on building standards in the wake of the Grenfell Tower fire, was welcome.

It also looked favourably on the establishment of a new regulator with powers to impose criminal sanctions for breaches of building regulations.

BESA CEO David Frise said: "If done right and in close consultation with the industry, the proposed new building regulation regime could cement a better culture of competence and compliance within the industry, and crucially, save lives."

The speech also proposed an environment bill, which would set much-needed and legally binding targets to reduce outdoor air pollution, but BESA noted the lack of action on indoor air quality.

Frise said: "We spend 90 per cent of our time indoors, so it's essential [that] more support is given to making sure our buildings are safe havens from outdoor air pollution ... Indoor air is often at least five times more polluted than outdoor air due to the range of sources and greater concentrations in confined spaces - this is a point that successive governments have failed to grasp."

However, the association expressed "deep disappointment that a bill to enact essential reforms to end poor payment practices in the construction industry was not included". BESA says this topic is important because "the abuse of retentions money [was] responsible for devastating upstream insolvencies, like those seen after the Carillion collapse".