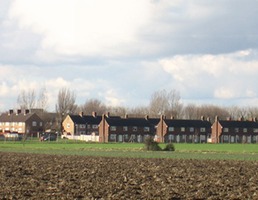 The Defence Infrastructure Organisation (DIO) has awarded a £17 million contract to Kier Graham Defence Ltd to prepare Bassingbourn Barracks for the relocation of the British Army's Mission Training and Mobilisation Centre (MTMC).

The MTMC delivers crucial predeployment training for about 12,500 personnel every year and has recently trained a battle group heading out to Afghanistan on Operation Toral. This operation sees British personnel training, advising and assisting their Afghan colleagues and providing protection and security.

The project involves refurbishing some existing buildings at Bassingbourn Barracks including accommodation blocks, social facilities, offices, classrooms and training areas. The existing medical and dental centres will also be renovated, together with the construction of two new training facilities. The work associated with this contract will create infrastructure that will allow MTMC to train effectively in one location.

The works are part of Project Hercules and follow on from the first phase of work to bring the barracks back into use by the British Army. Project Hercules supports the Ministry of Defence's continuing optimisation of its estate by co-locating capability and enabling the disposal of sites that the military no longer needs.

The first stage of the MTMC move saw its Kent-based elements relocate to Bassingbourn in Cambridgeshire last December. Work to be completed under this contract will allow the relocation of the other elements of MTMC from Chilwell Barracks in the Midlands. It will also allow the MTMC to be fully operational at Bassingbourn, with up to 1,000 staff and troops on site at peak times.

"This project builds on our extensive expertise in the defence sector, where we are currently on-site, delivering new infrastructure to ready MoD Lyneham for the move of 5 Battalion REME as part of the army basing programme."

Work is expected to begin this month for completion in summer 2021.