E. coli most likely to be spread 'through poor toilet hygiene' 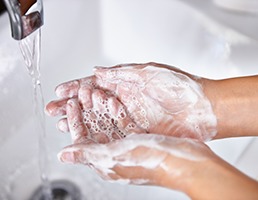 Antibiotic-resistant E. coli is more likely to be passed on through poor toilet hygiene than undercooked chicken or other food, according to research from a consortium including the University of East Anglia.

The study describes E. coli as "a Jekyll-and-Hyde organism" and all humans "harmlessly carry it in [their] gut, as do animals".

But some E. coli strains cause food poisoning whereas others cause urinary tract infections (UTIs), and infections after gut surgery.

At worst, these develop into bacteraemias - bloodstream infections.

E. coli has become considerably more resistant to antibiotics over the past 20 years - in both humans and animals. Particularly important are strains with 'Extended Spectrum Beta-Lactamases (ESBLs). These are enzymes that destroy many important penicillin and cephalosporin antibiotics. Many strains with ESBLs often have other key resistances too.

But until now it has not been known whether antibiotic-resistant E. coli strains that cause bloodstream infections are picked up through the food chain, or passed from person to person.

To answer this question, scientists sequenced the genomes of resistant E. coli from multiple sources across the UK - including from human bloodstream infections, human faeces, human sewerage, animal slurry and meat including beef, pork, and chicken, and fruit and salad.

Their report in The Lancet Infectious Diseases reveals that antibiotic-resistant 'superbug' strains of E. coli from human blood, faeces and sewerage samples were similar to one another. Strain 'ST131' dominated among ESBL-E. coli from all these human sample types.

In short, there was little crossover of ESBL-E. coli from animals to humans.

ESBL-E. coli are widespread in retail chicken meat and food animals too but, until now, the extent of transmission from these sources to humans has been uncertain, with the role of the food chain debated.

Lead author Prof David Livermore, from UEA's Norwich Medical School, said: "We found ESBL-E. coli in 65 per cent of retail chicken samples - ranging from just over 40 per cent in Scotland to over 80 per cent in north-west England. But the strains of resistant E. coli, were almost entirely different from the types found in human faeces, sewage and bloodstream infections.

"Only a very few beef and pork samples tested positive, and we didn't detect ESBL-E. coli at all in 400 fruit and vegetable samples - many of which were imported to the UK.

"But - and critically - there's little crossover between strains from humans, chickens and cattle. The great majority of strains of ESBL-E. coli causing human infections aren't coming from eating chicken, or anything else in the food chain.

"Rather - and unpalatably - the likeliest route of transmission for ESBL-E. coli is directly from human to human, with faecal particles from one person reaching the mouth of another."

London (Greater)
Up to £47,276 per annum plus excellent benefits
Reference
59097
END_OF_DOCUMENT_TOKEN_TO_BE_REPLACED