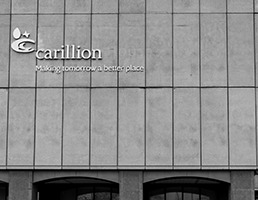 An independent regulator should be introduced to oversee public procurement to guarantee that disasters like the collapse of Carillion do not occur again, according to the Reform think tank.

In its report the think tank, which considers public services and declares itself politically non-partisan, says "the insights and evaluations conducted by the NAO [National Audit Office] and select committees (particularly the PAC [Public Accounts Committee] play a valuable role in shedding light on the misapplications of government funds, but the NAO's and PAC's bark needs to be accompanied by a body with more bite" such as an independent regulator.

But, it adds, before such a body is set up "it is crucial that a comprehensive review of public service markets, public procurement, and outsourcing is carried out".

The authors argue that compared with the "significant annual costs of procurement and outsourcing failures, the savings generated by having an independent regulator focused solely on quality and value for money would far outweigh the costs of running such a body".

Efforts should also be made "to seek to identify where there are specific gaps in the existing regulatory landscape".

It states that healthcare, for instance, has repeatedly been identified as having "too many regulators and statutory bodies with overlapping or overcomplicated

aims - the recent merger of NHS Improvement with NHS England has shown that government is willing to act on the issue".

A new role of chief procurement regulator (CPR) should be created to work as a counterpart to the chief commercial officer in the Government Commercial Function and the comptroller and auditor general of the NAO.

The Price of Poor Procurement is based upon original Reform research and analysis of publicly available data of 52 investigations into public sector procurement.