One in seven workers is working from home 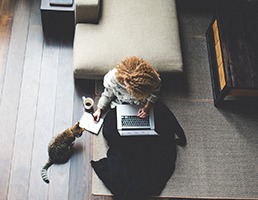 More than four million UK workers are ditching the daily commute in favour of working from home. This is equivalent to one in seven UK workers.

Analysis of ONS data carried out by insurance company Aviva has identified the regions in the UK with the highest and lowest proportions of workers who are primarily based at home.

Powys in Wales tops the table, with 25.7 per cent of its workers being home-based, closely followed by the affluent Kensington and Chelsea area (25.0 per cent) and Brighton and Hove (24.9 per cent).

Workers in West Dunbartonshire, Scotland, are least likely to be home-based indicates the study - only 5.6 per cent cited their home as their main work base. Scottish regions appear throughout the top 10 least common areas for home workers, with Aberdeen City and Inverclyde coming second and third on this list.