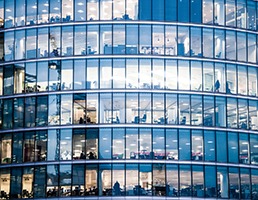 Large inward investment and relocation deals have boosted city centre take up in the Big Nine markets in Q3, according to a new report from Avison Young.

In Glasgow, JP Morgan Chase agreed a 272,800 square feet pre-sale at Argyle Place, which was the fourth largest deal across the Big Nine over the past 10 years.

Total city centre and out-of-town activity during the quarter amounted to 2.1 million sq ft, placing it just above the 10-year quarterly average, as was take-up for the year-to-date figure of 6.3 million sq ft.

Manchester and Birmingham have the most amount of new stock coming forward and while other cities remain relatively constrained, there have been some new starts in the city centres of Bristol, Cardiff, Glasgow and Newcastle over the summer.

Despite the political uncertainty and occupier caution, headline rents continue to edge up across the cities by around 3 per cent over the past 12 months.

In the investment market, overall, a host of buyers remain in the market with considerable amounts of capital to spend. Continued buyer interest is highlighted by a handful of deals between £25 million and £100 million.

The fundamentals in the investment market remain positive. There is "a significant weight of global capital ready to invest and whilst we are seeing most deals completed of core or long income nature, capital is ready to invest throughout the risk spectrum," the report states.