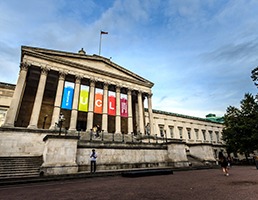 The strike will take place on 19 November. The Independent Workers' Union of Great Britain (IWGB) balloted almost 300 workers over their terms and conditions as part of the union's campaign to end outsourcing and zero hour contracts at UCL. Ninety-eight per cent of the cleaners and porters that voted in the ballot and 98.75 per cent of the security officers backed strike action.

IWGB have stated that following the launch of the campaign in October, the university "has made vague statements regarding an improvement of terms and conditions for outsourced workers, without offering any guarantees nor a clear timeline".

It added that the "overwhelming vote in support of industrial action by the IWGB's members shows the extent to which the university's offer has fallen short of workers' demands for equality".

According to IWGB, outsourced workers "receive worse sick pay, pension, holiday pay, and parental leave than their in-house colleagues. They are also more likely to suffer from bullying and discrimination than directly employed workers".

IWGB University of London branch chair and former UCL cleaner Maritza Castillo Calle said: "Outsourcing forces us to work sick and injured, to work all our lives and still retire in poverty. For decades, UCL has treated its majority migrant and BAME outsourced workers like second class citizens, condemning them to a system of bullying and discrimination.

"By voting overwhelmingly in favour of strike action, UCL's outsourced workers have sent the university a clear message. They will no longer stand for half measures and endless delays. They want equality and justice, and they want it now."

The strike ballot specifically demands that the facilities management companies that manage the security and cleaning contracts, Axis and Sodexo, give the outsourced workers the same terms and conditions as UCL's direct employees.

A UCL spokesperson said: "UCL has committed to ensuring that security, cleaning and catering staff will receive the same or equivalent pay and benefits as directly employed staff, following constructive negotiations with our recognised trade union UNISON.

"Our colleagues working in security, cleaning and catering fulfil essential roles at UCL, on which we all depend. We have listened carefully to their concerns and we are acting. We will continue to listen and respond to concerns raised by our community."

A Sodexo spokesperson said; "We have been working with UCL, our people and recognised trade unions to address their concerns. All our employees are already paid the London Living Wage and it has been agreed that they will receive the same or equivalent pay and benefits as directly employed staff.  As a first step, Sodexo staff will receive the same holiday entitlements as UCL's directly employed staff from 1 December 2019."

An Axis statement said:  "Due to client confidentiality Axis is unable to comment on the ongoing negotiations with Unison, the officially recognised union within UCL, at this time."