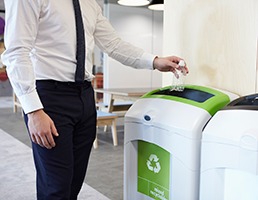 British workers are starting to realise the importance of greener habits, as nearly half admit to being greener at home, according to research by Instant Offices.

Supporting studies show that cities with greener designs could save the UK economy an estimated £15.3 billion by 2050.

Instant Offices looked at five of the greenest cities in the world and how UK cities can learn from them.

Copenhagen aims to become the world's first carbon-neutral city by 2025:

Vancouver is one of the lowest-emission cities in North America:

San Francisco is the first US city to ban the sale of plastic shopping bags and plastic water bottles:

Stockholm is the first city to be named European Green Capital by the EU Commission (in 2010):