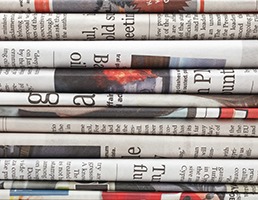 SOCIAL VALUE: Amey facilities management teams have been working with a number of partners to improve employability for disadvantaged groups. In Liverpool, its FM team at its Support Services Centre has been supporting three students with learning disabilities from local special school Abbot's Lea to work via a supported internship.

SME PARTNERSHIPS: Amey Defence Services spent almost £340 million - 61.4 per cent of its total spend - with small businesses across the UK last year. The new data means that the firm has almost doubled the 33 per cent target the government set for companies to spend with SMEs.

APPOINTMENT: Elior UK has appointed Fi Morley as venue director for Scottish Rugby Hospitality. Morley will work in partnership with Scottish Rugby to continue to deliver a first-class offer based on customer experience. She was previously responsible for a significant transformation of business within Edinburgh's The Hub.

RESEARCH: Research from Hudgell Solicitors has found that 60 per cent of Brits admit to not being fully aware of the health and safety procedures at their place of work. The West Midlands has been named as the most unsafe region to work in from collated numbers of fatal injuries from 2013 - 2019.

DIVERSITY: Glassdoor's 2019 diversity and inclusion study in the U.S, UK, France and Germany found that about three in five (61 per cent) of US employees have witnessed or experienced discrimination based on age, race, gender or LGBTQ identity in the workplace.