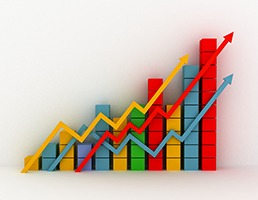 Multinational electric utility company Engie has reported that its operating profit rose 9 per cent for the nine months to the end of September 2019.

In its latest financial results announcement, Engie said current operating income was 3.8 billion, with EBITDA of 7.1 billion, up 5 per cent over the period.

Revenues were 46.8 billion, up 8.8 per cent on a gross basis and 7.9 per cent on an organic basis over the same period.

The company confirmed its 2019 guidance for net recurring income and for the net financial debt /EBITDA ratio.

"This quarter, our increased wind and solar capacity and the Microsoft PPA demonstrate the accelerated development of our Renewables portfolio," she said. "The acquisition of Conti in the United States and the launch of ENGIE Impact are two other milestones in the group's drive to boost the zero-carbon transition of our clients."

"Engie's underlying organic performance in thermal is also solid, across several regions and across both contracted and merchant operations, while we continue to optimise our Networks businesses and integrate the exciting acquisition of TAG in Brazil. Lastly, we confirm our guidance for 2019."

London (Greater)
Up to £47,276 per annum plus excellent benefits
Reference
59097
END_OF_DOCUMENT_TOKEN_TO_BE_REPLACED