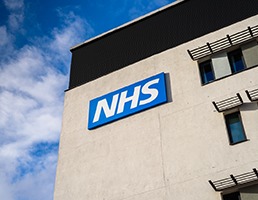 
Urgent action is needed to overhaul the way the £3.8 billion NHS property estate is managed to tackle long-standing problems, according to a Commons' select committee.

In its report, the Public Accounts Committee says that although NHS Property Services had made progress in tackling some of the issues it inherited when it was set up, it was unacceptable that 70 per cent of tenants still did not have rental agreements in place.

It concludes that NHS Property Services was "set up to fail", as it did not have the same powers as a commercial landlord to enforce occupancy contracts and charges because of the need to maintain its tenants' clinical services.

The committee states that this had led to many bills being disputed and that outstanding debt had almost tripled to £576 million in March this year. Around £110 million of debt has been written off in the past five years. The committee concludes that this makes it difficult to provide value for NHS and taxpayers.

The report says the Department of Health & Social Care, NHS England and NHS Improvement and NHS Property Services have had six years to get a grip on the problem but have "failed miserably".

The committee recognises the complexity of the situation but is concerned that the department had not yet determined a course of action to address the problem.

Committee chair Meg Hillier said: "It [NHS Property Services] lacks the powers to run its £3.8 billion portfolio of properties effectively. It is unacceptable that the majority of its tenants, including health centres and GP surgeries, have not signed rental agreements.

"Pursuing and resolving these disputes is a waste of NHS resources, which would be much better focused on delivering better patient services.

"The department must take urgent action to fix this system which does not serve the taxpayer or local health bodies well."

The report concludes that NHS Property Services did not have access to typical remedies such as legal action, penalty charges, and cessation of services or eviction for NHS bodies. It also acknowledges that it inherited a range of issues in 2013, including limited data on properties and tenants, as well as 2,400 different facilities management arrangements.

It also recommends that local areas should be consulted about how best to maintain and improve their local estate.

The department also needed to move towards a more equitable model of charges, with transparency about any subsidies that are received, says the report.