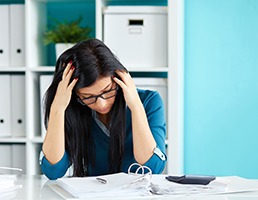 The forthcoming general election should be a chance for politicians to outline how the government will improve the built environment, according to a statement from the Building Engineering Service Association (BESA).

BESA has written to the main political parties, providing them with a manifesto detailing how it believes the built environment can be enhanced, which includes:

BESA said politicians must also tackle late payment in the supply chain. The burden of debt created by the continuing "systemic abuse of cash retentions" was forcing many SMEs out of business.

An example given is the collapse of Preston-based contractor Marcus Worthington and Company. It owed more than £9 million to its supply chain partners when it fell into administration including nearly £1.3 million in retentions.

The problem of late payment is severe. According to a recent survey by BESA and the ECA, nine out of 10 small business owners were "suffering from stress and other serious mental health conditions because of late payment".

But BESA said this could be solved through a Retention Deposit Scheme, as proposed in the 'Aldous bill'.

The bill has already garnered support from 277 cross-party MPs and 85 industry groups from UK businesses when it was put before the last Parliament by Conservative MP Peter Aldous, said BESA.

With the Aldous bill, "the government has ready-made legislation with a strong coalition of supporters", said BESA, urging the new government to make reporting compliance with the prompt payment code in company audits compulsory.

"Late payment is draining the UK construction industry of the skills and expertise it needs to deliver our climate change goals," said BESA president John Norfolk. "It is all very well competing to set a more ambitious net zero-carbon goal than your political rivals, but how are you going to turn ambition into reality if the supply chains needed to deliver the projects are continually disrupted by poor cash flow and insolvencies?

"Getting the built environment right for the future will deliver an economic dividend immediately and put right one of our country's great social injustices - the fact that people are forced to live, work and raise families in sub-standard buildings," Norfolk added.