New structure and strategy at Interserve 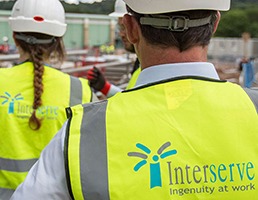 Interserve Group has announced that it will adopt a new divisional operating structure for the group and its three divisions: support services, construction and equipment.

The news comes after Alan Lovell's appointment as group chairman in July 2019 and subsequent board discussions about the group's strategic direction.

Interserve said: "The review builds upon the progress made through the group-wide transformation and the 'Fit for Growth' efficiency programmes, which together have delivered material cost savings and made significant steps in simplifying the business from five to three business divisions, increasing accountability and efficiency across Interserve."

Governance and leadership reporting lines will change under the new operating structure, with each of the three divisions to be led by a managing director and chairman, with the latter sitting on the Interserve Group board.

The announcement comes amid much organisational change, with CEO Debbie White's announcement that she is to leave the company at the end of the year. White had notified her intention to step down in March, but planned first to complete the group's significant restructuring process necessitated by troubled financial times.

Transformations led by White included the 'Fit for Growth' programme, which delivered cost savings of £20 million in 2018, and improved operating margin performance.

White said: "The past two years at Interserve have been the most demanding of my professional career. As a management team, we fought to deliver a stronger financial platform for the business from which it can move forward.

"Whilst we were ultimately unable to secure sufficient shareholder support for the proposed deleveraging plan, under new ownership, we were able to reduce the group's debt which alongside the successful delivery of the company-wide transformation programme, was critical to securing the future of the group.

"I am grateful for the support of our customers, suppliers and the UK Government during this period. Most importantly, I am grateful to the many fantastic people I have worked alongside at Interserve, and I wish them every success in the future."

The CEO role will not be replaced. Instead, Mark Morris, CFO and executive director, will lead the group-wide functions.