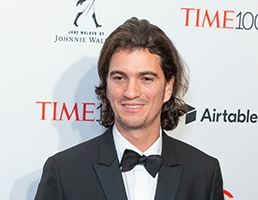 Office rental space company WeWork has announced that 2,400 employees globally - around 20 per cent of its workforce - will lose their jobs.

The company has taken action, it said, to make the organisation more efficient, after its recent failure to boost investment by listing shares on the stock market, and the stepping down of co-founder and CEO Adam Neumann, who, The Guardian reports, left the business with $1.7 billion.

"As part of our renewed focus on the core WeWork business, and as we have previously shared with employees, the company is making necessary layoffs to create a more efficient organisation," WeWork said in a statement.

At the start of the year WeWork's biggest backer, Japanese investment company Softbank, valued the company at $47 billion but has since dropped it to $8 billion.

Additionally, around 1,000 cleaning and maintenance staff in Canada and the US are going to be outsourced to contractors.