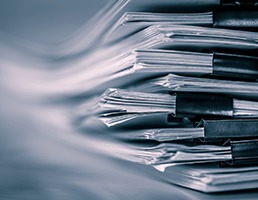 Male office workers are less careful with confidential company information, according to a survey of 2,000 working adults by data security company Shred-it.

The research found that nearly a quarter (22 per cent) of men admitted making a catastrophic error at work by leaving sensitive information lying around or losing something important, compared with just 12 per cent of women.

When asked if they were sometimes slack with personal or sensitive information at work, 38 per cent of men agreed that they were, in contrast with 26 per cent of women.

Moreover, as a result of making a mistake at work that led to a security concern, more than half of male respondents had had a written warning from their boss (54 per cent), and almost a third (31 per cent) had lost their jobs. This compares with 28 per cent of women who had received a written warning and 13 per cent who had been fired.

However, according to the study, men were more likely to carry work-related items, such as laptops, company documents and credit cards when travelling to and from the office.

The research also indicates that men are more likely to report the loss of work-related items to their company or boss - with 44 per cent agreeing they would, compared with just 29 per cent of women.

Ian Osborne, vice-president UK and Ireland for Shred-it, said: "It's all too easy to leave a laptop open without password protection or to throw sensitive documents in the bin, however, these seemingly small errors can have severe consequences, both for companies and their employees, potentially resulting in hefty fines or even job losses.

"Companies must have strict policies on data protection that are communicated clearly to all employees and updated whenever necessary, to avoid potential breaches and to ensure compliance at all levels. Data protection is an important element to all businesses and one that cannot be ignored."