Leadership style is not heeded for workplace design 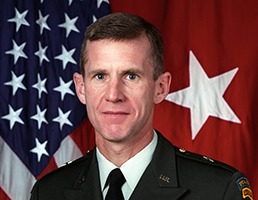 Leadership styles are not considered in the design of workplaces despite its impact on productivity, delegates at the Worktech 19 conference in London heard today.

Leeson Medhurst, director of 36 Workplace, The United Workplace (TUW) and WORKTECH Academy, presented the findings from his report Productivity – Linking Workplace Design to Leadership at the event.

Medhurst said that according to the research, 90 per cent of organisations thought that workplace performance could be improved if leadership styles were considered when redesigning the workplace. However, in most cases it is not considered, despite the majority of organisations agreeing it has a big impact on workplace productivity.

"New ways of working do not just happen, leaders set an example in adopting new work practices and leaders of all characteristics need the right environment in which to set that example, which is where design comes into the equation," said Medhurst.

"But our research points to an organisational failing. Unless there is a partnership between workplace designers and leadership that respects culture and an organisation's leadership style, leaders can't get to work on raising productivity.

According to the study, 87 per cent of organisations said leadership was 'very influential' or 'extremely influential' in raising productivity. While nine out of 10 organisations in the survey believed performance could be improved if leadership style was considered when redesigning the workplace, only 50 per cent put any emphasis on leadership intentions when formulating a workplace design brief, with only 10 per cent making it a priority.

Researchers looked at what design models and concepts might support five leadership styles (taken from the book Leaders: Myth vs Reality, co-authored by General Stanley McChrystal (who formerly led the US Joint Special Operations Command in the mid-2000s), Jeff Eggers and Jason Mangone") to boost productivity. These were hero-style - leadership by example, the zealot - leadership by mission, founder model - leadership by innovation, the reformer - leadership by disruption and the power broker - leadership by negotiation.

Medhurst added: "There must be a closer relationship between leadership strategy and the design of the workplace in the future to help define an organisation's sense of purpose from which productivity can flow. Create the right balance and people with thrive."