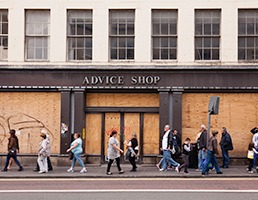 Bradford has the highest number of empty commercial properties in the UK, according to research by broadband specialist Glide.

The study reveals that in September there were 7,908 unoccupied business premises in the council area. This equated to 4.5 per cent of all empty commercial properties in the UK.

Glide compiled a list of the 10 areas with the most vacant properties, after making a series of Freedom of Information requests to local authorities.

After Bradford, of those councils that held the information, Liverpool City Council reported the next highest number of empty commercial properties, with 7,622, and then Leeds with 4,528.

Durham Council was at tenth place on the list with 1,573 vacant commercial properties.

The survey also measured the amount of vacant residential property in the council areas.

Jason Lloyd, head of residential at Glide, said: "The research has revealed the high number of empty properties and businesses across the UK, particularly across some of the major Northern council areas.

"But while it is troubling to see so much wasted residential and commercial space, it does represent a clear opportunity for developers, and hopefully this study will help prospective investors to pinpoint where there is the most potential for growth."