Flexible working is the most important work perk 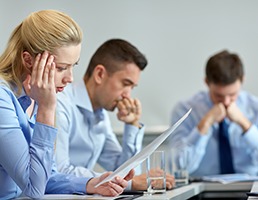 Flexibility in the workplace is gaining importance in the UK, with more than 60 per cent of those polled in a survey either 'very' or 'quite' flexible in their workplace, says a study by co-working operator Mindspace.

According to the study, just over 42 per cent of respondents said that flexible work time was the highest value perk at their workplace - ahead of financial bonuses, free food and the option to work from home or another location.

The sample of 1,000 employees in the UK found that 40 per cent of workers questioned occasionally work from home, and a co-working space is the second most preferred flexible workspace option (14.4 per cent).

Just fewer than 41 per cent of respondents said they preferred to work from private or small offices, while just over 12 per cent preferred home. Almost 17 per cent said that they enjoyed open-plan offices.

However, 40 per cent of UK companies covered in the study did not offer a flexible work environment, said the employees.

When questioned about what they want their workspace, the most popular answer among employees was natural or good light, cited by 70 per cent of respondents. Just over 27 per cent wanted good air quality while just under 26 per cent said that they would like greenery such as plants and trees. Comfortable furniture and quiet zones were also cited as important.