Most workplaces 'do not have a health and wellbeing programme' 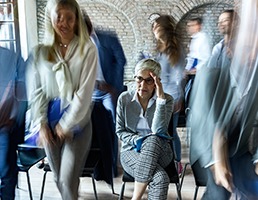 More than half of workplaces do not have "an actively managed health and wellbeing programme", according to Vested, a workplace savings and benefits consultancy.

Vested, part of Embark Group, published findings from its Health & Wellbeing Survey, which revealed that employers are increasingly recognising the importance of mental wellbeing, with over three-quarters (77 per cent) indicating that they would consider - or have actively considered - increasing support for staff who show symptoms of stress.

The survey was undertaken in collaboration with employee wellbeing specialist Healthy Performance, and also shows that among the 56 per cent of companies without an actively managed programme, over a third of respondents (36 per cent) have nothing in place at all, while 20 per cent have started to build their offering but are aware that it requires further development.

Nearly half (43 per cent) of the organisations offered three or more benefits to their employees.

Employers are now more active in reviewing their health and wellbeing programmes, with 14 per cent reviewing activities every six months and 47 per cent making an assessment once a year.

Despite this, one in five (21 per cent) respondents currently never studies the effectiveness of the products within their health and wellbeing programme.

The survey was undertaken in August 2019 with 100 participating companies across a range of sectors, including professional services, construction, healthcare and retail.