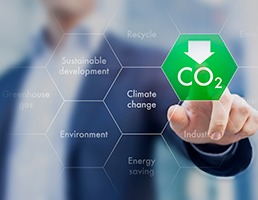 Thirty-six per cent of UK businesses said they now have or are currently planning a strategy to reach net zero carbon emissions, according to research by Mitie Energy.

Nearly half (47 per cent) of businesses working towards net zero, don't have a plan in place that will see them reach their target by their estimated date. A fifth (18 per cent) said they don't have the time or resources to create a net zero plan, while one in six (15 per cent) don't have the expertise in-house. Around one in five (21 per cent) simply hadn't thought about it yet.

The top five most common activities that are being used by businesses with a carbon reduction strategy are:

Peter Nisbet, managing director, Mitie Energy, said: "It's amazing to see the ambition of UK businesses, however, we're surprised that so many believe they will reach net zero carbon emissions by just 2025, as this is an incredibly bold target and far further ahead than what we are hearing from the market. With only half of these companies actually having a plan in place to reach their goal, if these ambitions are going to be achieved, action needs to be taken now.

"For those who aren't sure where to start, there are simple steps any business can take. Stepping back to take stock and calculate the baseline carbon intensity across the entire business is an ideal starting point for developing a carbon management strategy. This ensures every aspect of operations has been considered, driving a clear focus on the biggest carbon areas to tackle in a net zero action plan."