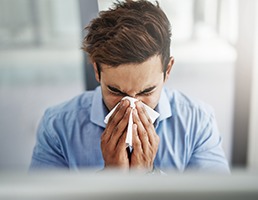 Britons took only 4.4 sick days on average last year, giving the UK the fourth-lowest ranking in Europe, according to HR systems company Mitrefinch.

Switzerland had the lowest number of sick days with just 1.6 days on average. Following closely behind were Ukraine and Malta, where workers took just 4.1 and 4.2 days sick leave across the course of a 12-month period, respectively.

Workers in Bulgaria took 22 days off on average, the most time off for sickness over a calendar year.

German workers took on average 18.3 days sick leave, with those in the Czech Republic also taking off the equivalent of more than three working weeks with sickness (15.4 days).

Mitrefinch says that sick leave and the employee benefits surrounding it are an absolute necessity within society and for any business that wants to empower its staff and achieve commercial success.

It suggests that companies must continue to work hard to ensure that they create a cohesive environment that fosters creativity and ambition so that workers look forward to coming to work.