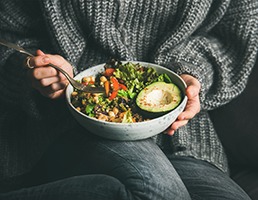 Caterer Amadeus is planning to add more vegan dishes throughout its venues in 2020.

The catering company reports that it has seen vegan options double over the past two years and plans to increase its vegan offering to cope with demand.

The company's research suggests that there has been a fourfold rise in the number of vegans in Great Britain since 2014 and during this time vegan alternatives have become increasingly commonplace at Amadeus' venues, which include the National Exhibition Centre (NEC) and Birmingham's two arenas, Arena Birmingham and Resorts World Arena.

As well as introducing a range of new vegan options in the past calendar year, the caterer is looking to collaborate with leaders in vegan food to make sure it is providing the best and most innovative menus at its venues.

Marc Frankl, food and beverage director at Amadeus, said: "Our research shows that our vegan offering has grown year-on-year, supporting the demand we're seeing from visitors to our many venues across the UK.

"In the past 12 months we have developed a range of new vegan offers and concepts into our venues, including the all-vegan 'Str-EAT No Meat' concept at our arenas, which includes vegan kebabs and cauliflower wings, as well as vegan options at every outlet. We've also introduced a new range of vegan and beyond meat burgers at the NEC."

This week catering company Compass Group UK & Ireland is also launching "a cross-sector plant-based menu" that will be used in its contracts with B&I, universities, schools and healthcare.