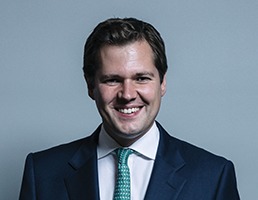 The new body, to be a part of the Health and Safety Executive (HSE), will give "effective oversight of the design, construction and occupation of high-risk buildings".

Speaking in the House of Commons, Jenrick also said that from February he will start to name building owners where remediation has not started to remove unsafe aluminium composite material (ACM) cladding from their buildings.

He confirmed that the government would consult on extending the ban on combustible materials to buildings below 18 metres and seek views on how risks are assessed within existing buildings to inform future policy.

The package comes as the prime minister has written to the chairman of the Grenfell Tower Public Inquiry, Sir Martin Moore-Bick, updating him on the government's response to phase 1.

The Fire Protection Association's managing director Jonathan O'Neill said the body "wholeheartedly welcome[d] any strengthening of Building Regulations" but said he was "concerned about the creation of a two-stream approach with the so-called 'Hackitt Buildings' being under a different regime than that which covers the majority of other buildings, including those where the majority of deaths and injuries actually occur".

For more on this story, see the February issue of Facilitate.