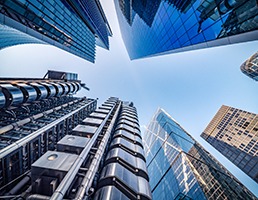 Total take-up across the UK's Big Nine office markets amounted to 8.8 million square feet in 2019, according to the latest report by Avison Young.

The property consultant states that demand for floor space is 3 per cent above the 10-year average and comparable to 2016 - a year that was similarly dominated by political uncertainty.

The regional markets continued to attract headline deals in 2019. JP Morgan Chase agreed the largest deal of the year - a 272,800 sq ft pre-sale in Glasgow, while BT Group signed the first of 13 hub relocation transactions, taking 200,000 sq ft at 1 Assembly in Bristol during Q4.

Manchester was the most active market in 2019, with a total of 2.3 million sq ft transacted, with most of the cities seeing figures just over, or close to, the long-term average.

Of a total 5.8 million sq ft of space currently under construction across the Big Nine, 56 per cent is already pre-let, underlining the continuing appetite of occupiers in regional markets.

Avison Young reckons that 2020 will see the completion of more than 1 million sq ft of developments from the first phase of the government programme to disperse thousands of government employees to these new hubs, which looks to further enhance the vibrancy of the Big Nine city centres.

Across the full 12 months Birmingham, Edinburgh and Leeds led activity, all transacting between £500 and £600 million, boosted by two significant £200 million-plus deals in Leeds for L&G.

Avison Young states that there is "sufficient pent-up demand to suggest that the first half of 2020 will see increased activity from investors, before activity slows ahead of the Brexit deadline at the end of the year".

It adds that "a lack of readily available office stock has driven rental growth in recent years and we expect this to continue".

It also pointed out that shortages of grade A stock are "acute in cities such as Leeds and Edinburgh", which is providing "opportunities for the refurbishment market, and is also prompting a tightening of secondary supply".