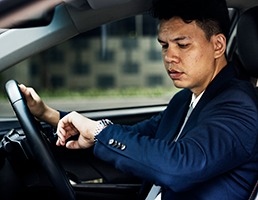 A technology company has launched an initiative that aims to tackle the climate crisis by reducing commuting.

Tech start-up Desana is launching Cityworks, an initiative to get cities and large organisations working together to reduce employees' travel distance.

The project gives workers access to nearby flexible workspaces by partnering with cities, workspace operators, and large companies.

Cityworks is a response to global urbanisation and the struggles that cities are already facing as a result of a rapid increase in population. By 2050, two-thirds of the world's population will live in cities, according to the UN.

Currently, transport is responsible for a third of all carbon emissions in the UK and rush-hour journeys by Londoners produce an average 1.35kg of carbon dioxide per person each day.

Michael Cockburn, CEO of Desana, said: "The world's cities have a big responsibility to look at multiple solutions to help combat climate change through transport, from moving around more efficiently to moving around less.

"Once we're not commuting for several hours a week, people have the potential to spend more time with their families, and reduce the stress and expenditure relating to the commute.

"We're keen to look at the impact this can have on people's mental wellbeing, and productivity and look at how economies can change when we decentralise cities' workforces."

The Cityworks project will also gather data on transport use, commute lengths and participant satisfaction in order to find new ways that cities can meet their sustainable development goals.