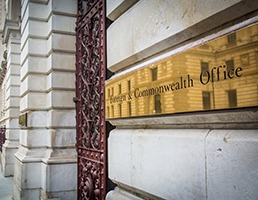 Contracted-out staff working for Interserve at the Foreign and Commonwealth Office (FCO) are due to take one month's strike action from today (3 February) in a dispute over union recognition.

The Public and Commercial Services (PCS) union represents the maintenance and cleaning staff, who have been in dispute with Interserve over terms and conditions since last March.

According to the PCS, reps in the FCO have "faced intimidation by Interserve, who are threatening disciplinary action for carrying out lawful trade union duties, encouraging members to take action".

Progress was made in July, when the union suspended industrial action in favour of talks with the employer through arbitration service Acas, but talks quickly fell through.

PCS general secretary Mark Serwotka said: "Interserve have shown themselves to be an aggressive employer who have done everything they can to thwart a just settlement to this dispute. Instead of negotiating in good faith, they are now threatening our reps on the eve of another walkout. Any aggression towards our members will only increase their resolve to win and the union will support them all the way. We call upon the foreign secretary, Dominic Raab, to intervene in this dispute and to put an end to contracting out of services within government departments by bringing them back in-house."

An Interserve spokesman said: "We are disappointed the PCS union has again decided to pursue strike action instead of engaging in constructive discussions to resolve this dispute. Despite our commitment to continue dialogue with PCS and Acas, the union has refused to engage in this democratic process.

"We are proud of our people and the services we deliver on the Foreign and Commonwealth Office contract. We have invested in the contract over the past 12 months by increasing staff levels, rolling out training and improving our IT systems to ensure we continue to provide a best-in-class service."