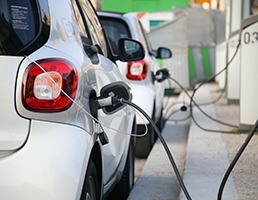 A survey by Remark Group indicates that 50 per cent of people aged 55 to 64 would not want to own an electric vehicle (EV).

Remark's survey of 1,000 UK office workers found that only 20 per cent of people aged 25 to 34 would want to purchase an electric car, although the figure rises to 22 per cent for those aged between 16 and 24.

But 13 per cent of respondents said they owned an EV and 69 per cent said more should be down to limit the number of vehicles entering city centres.

The government said that by 2030 all cars and vans sold in the UK should be zero emission-capable and these vehicles should be electric, plug-in hybrid or hydrogen.

Concerns have previously been expressed about the lack of charging points for EVs and the survey showed that only 33 per cent of workplaces currently have these installed.

Remark said the main aim of the survey was to determine attitudes towards air quality (AQ) and 30 per cent of respondents said they would not open windows owing to concerns about exterior levels.

On commuting, the survey reveals that 50 per cent of office workers said they drove to work, 27 per cent walked or cycled in, and 21 per cent used public transport.