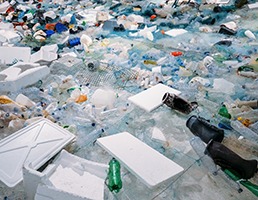 Environmental protection is one of the focus areas for Sodexo as part of its 'Better Tomorrow 2025' commitments.

Over the past couple of years the company has been stepping up efforts to minimise the impact of its operations on the environment. In May 2018, plastic stirrers and straws were the first items to be banned.

Since that time the collective efforts of its teams have resulted in an 84 per cent reduction in the use of polystyrene items, and from this week all food service items such as takeaway boxes and cups made from unrecyclable polystyrene have also been withdrawn.

Ana Svab, corporate responsibility manager, Sodexo UK & Ireland, said: "We have already made positive steps towards reducing the amount of unrecyclable plastic products used in our business and we are thrilled with the efforts made by our teams to phase out their use of these products and the response received from our clients and customers.

"Removing plastic stirrers and straws back in 2018 resulted in a reduction of 1.8 million of each being used and thrown away. As with straws and stirrers, we are asking our teams to run down their existing stocks of these items to avoid creating any further unnecessary waste.

The company's retail operations will also stop providing single-use plastic bags and will offer customers paper or reusable bags to buy as an alternative. Over the past few years for every carrier bag it sold, Sodexo has made donations to the Marine Conservation Society to help its efforts to turn the tide on plastic pollution on beaches and in the oceans.