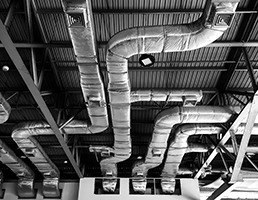 There must be "clear and consistent government policy to steer the market in the direction of low-carbon technologies", according to a white paper on the UK's infrastructure market by support services firm Amey.

The paper focuses on the need for urgent, wide-ranging action across the public and private sectors to decarbonise energy and heating in the built environment.

Amey makes three core recommendations and calls for immediate action if the UK government is to reach its net-zero target by 2050.

The three recommendations are:

1. Clear and consistent government policy to steer the market in the direction of low-carbon technologies.

2. Clear investment models so that local authorities are better equipped to engage with the market and investors can invest with more confidence.

3. Local authorities and central government organisations [should be] empowered to make decisions by having in place business models and funding that work for them.

The report also states that heat accounts for 31 per cent of the UK's greenhouse gas emissions and there are just three decades remaining to reach a target of net zero-emissions by 2050, to which the government legally committed itself in June 2019.

Nick Maggs, business and development director at Amey, said: "Notwithstanding initiatives such as recent consultations on heating in Scotland and the heat network investment project, the public and private sectors need to move much faster.

"In the case of heat networks, there is a lack of understanding of how the technology works and very little publicly available information or policy from the government backing this and other carbon-saving technologies.

"Heat networks and district heating schemes which significantly reduce carbon emissions only deliver about 2 per cent of UK heat currently. There is huge potential to act on the technologies that are already available - opportunities that we as a country have not yet fully grasped."

London (Greater)
Up to £47,276 per annum plus excellent benefits
Reference
59097
END_OF_DOCUMENT_TOKEN_TO_BE_REPLACED