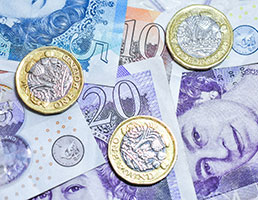 Research out today reveals near-universal disappointment (97 per cent) with the government's progress in delivering a sustainable local authority funding system.

The 2020 State of Local Government Finance report (conducted by the think tank Local Government information Unit (LGiU) and publication Municipal Journal) also found that only 20 per cent of councils are confident this will be prioritised.

The 8th annual survey of councils across England found that nearly all councils (97 per cent) plan to increase council tax in 2020/21 to make ends meets, with most (93 per cent) planning to raise it by more than 1.5 per cent. Despite the increase, one in 10 councils (12 per cent) believes there is a danger they will be unable to fulfil their statutory duties.

As they face another year of financial uncertainty and continue to await the outcome of the Fair Funding Review, nearly all councils (97 per cent) plan to increase fees and charges, with some being forced to raise them "by the maximum possible amount" (14 per cent). Nearly a quarter of councils (23 per cent) think these financial plans will lead to cuts that are noticed by the public.

For 2020/21, children's services and education was named as the top immediate problem for council finances (36 per cent), followed by adult social care (24 per cent) and housing and homelessness (18 per cent).

Adult social care was named as the top long-term pressure for council finances (37 per cent), followed by children's services (21 per cent) and housing and homelessness (15 per cent).

Two-thirds (66 per cent) think that councils will become more reliant on income from commercial investments, and commercialising council services remains a popular income-generation option with two-thirds of them (66 per cent). Energy projects have moved up the list this year, with almost half of councils (47 per cent) considering this as a source of income, compared with around a quarter (28 per cent) in 2019/20.

Jonathan Carr-West, chief executive of LGiU, said: "The state of local government finances is dire. Eight years later and the message continues to be the same, a broken record. It is simply unacceptable that the government has let things get to this point. Councils deserve better as they work tirelessly, day in and day out, to deliver the best quality services for their residents.

"This isn't local government asking for more money. This is about a fundamentally flawed system that has been broken for years and the government continually refusing to acknowledge or engage in a proper solution. Sticking plasters will not solve these critical issues."