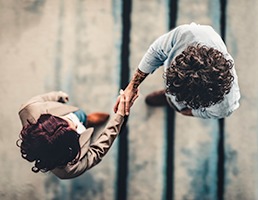 Independent catering and hospitality business CH&CO has announced an operational restructure, including a series of senior-level promotions, to strengthen the leadership team as it enters its next phase of growth.

The company says the move follows "a successful 2019 that delivered a strong financial performance, driven by organic growth" and the integration of Gather & Gather and Company of Cooks into the CH&CO family.

It adds that the reorganisation leverages CH&CO's expertise and client portfolios in its core operating arenas.

CH&CO's structure and focus has been aligned to support the following five key business sectors - workplace, education and healthcare, events, venues and destinations.

The revised operational structure has created promotion opportunities across the sectors, adds the company, "supporting CH&CO's commitment to continually developing its people and their careers".

A team of business leaders and sector experts has been appointed to "drive continued growth and success".

Allister Richards, previously the managing director of Gather & Gather UK & Ireland, moves into the new role of chief operating officer at the group, taking over responsibility for workplace, events and venues in the UK and Ireland.