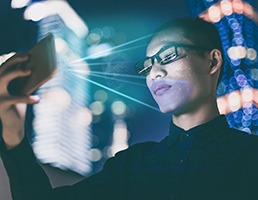 Technological advancement is rapid these days, along with the acceptance of our loss of privacy. The Metropolitan Police recently announced that it would begin to use Live Facial Recognition technology on London's streets.

The plans have been controversial, with some arguing that it infringes on human rights.

Last year developers in King's Cross, London, started using facial recognition technology but faced a backlash over privacy issues, which meant they had to stop.

Fingerprint and eye retina sensors are already being used in some instances and even the idea of implanting workers with microchips is being touted. So this month, we ask you if facial recognition technology is something that facilities management could be adopting in the near future?

 Yes, it is being used in some instances and will become more popular

 No, it is not happening