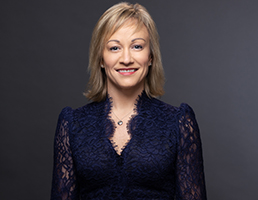 Sodexo has announced the appointment of Julie Ennis as CEO for its corporate services business in the UK & Ireland from 1 March.

She then assumed the role of country president from Margot Slattery in September 2019, following the latter's appointment as Sodexo's global diversity and inclusion officer.

Over the past year Sodexo has enjoyed continued success in retaining existing clients and winning new contracts such as the recently announced five-year contract with Quilter. Other clients include Microsoft, Nestlé, Astra Zeneca, and Nomura.

In her new role, Ennis will continue in her role of country president for Ireland and represent Sodexo's corporate services business as a member of the UK and Ireland regional leadership committee.

She is a strong advocate of diversity and inclusion, having held roles on Bank of Ireland's LGBT+ and Gender Balance networks. She is an MBA graduate of the UCD Michael Smurfit Graduate Business School and a national council member of the executive institute.