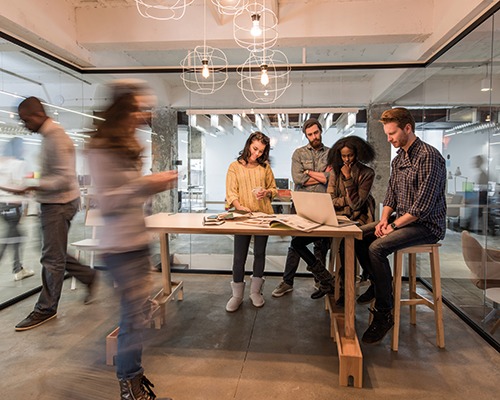 There is continued growth within flexible office spaces in London and it shows no sign of slowing, according to a report from workspace firm Office Freedom.

While the City of London was the single area in which most transactions were concluded, the locations covered by the W1 Postcode (Mayfair, Marylebone, Soho, Fitzrovia etc.) accounted for the majority of flex office transactions.

In 2019, the average London monthly desk rates ranged from £314 in Notting Hill to £747 in Paddington, with London rates having dropped an average of 3.1 per cent year on year.

Historically, Mayfair has been one of the most expensive Central London flex locations; however, with a 13.8 per cent drop in average desk rates, it has become the second most popular destination for flex offices behind The City. SE1, the third most popular location, has seen little change in average rates.

Richard Smith, CEO and founder of Office Freedom, said: "Despite the political and economic uncertainties of Brexit, the flexible office market in Central London has been thriving. Throughout 2019 we have seen sharp increases in supply and demand, the report shows that a new Central London flex space was added to our portfolio every 1.7 days last year."