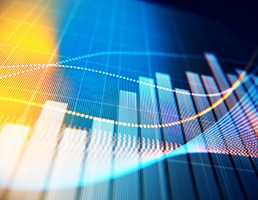 Serco has reported increased revenue of £3.2 billion in its latest financial results.

The support services company said the revenue was an increase of 14.5 per cent, comprising 8.2 per cent organic growth, 4.8 per cent contribution from acquisitions and 1.5 per cent currency benefit.

There was "very strong constant currency growth" in Americas (+35 per cent, of which +19 per cent was organic) and Asia Pacific (+16 per cent).  In UK & Europe revenues (+5 per cent) grew for the first time since 2013 and the Middle East (-2 per cent) did well in a difficult market.

Rupert Soames, Serco Group, chief executive, said: "The results for 2019 represent the first year of revenue growth since 2013 and the second successive year of growth in profits, and we expect continued strong progress in 2020. 15 per cent revenue growth of which 8 per cent was organic, 29 per cent underlying profit growth and £5.4bn of order intake compares favourably with a market growing at 2-3 per cent.

"Free Cash Flow has increased significantly, and our leverage ratio is at the lower end of our target range. All this indicates that we have finally achieved escape velocity, leaving behind the gravitational pull of past mis-steps, and gives the Board confidence to recommend paying a dividend for the first time since 2014, which is an important milestone. We are immensely grateful to our committed and hardworking colleagues, our patient shareholders and our supportive customers who have helped us reach this point.

"The benefits of having a broad international presence, with over 60 per cent of our revenues and 50 per cent of our employees outside the UK, are once again evident.  We have delivered double-digit organic revenue growth in both our North America and Asia Pacific Divisions, and demonstrated the ability to execute strategically important acquisitions such as NSBU in markets with premium rates of growth. But 2019 is also notable as being the first time since 2013 that revenues have grown in the UK.

"Perhaps the most significant aspect of 2019, however, was the record £5.4bn of order intake, representing 170 per cent of annual revenues, and which resulted in our order book increasing to £14.1bn, an increase of around 40 per cent over the last three years. This is the third successive year our order intake has exceeded our revenues, and underlines the confidence governments have in Serco's ability to deliver critical, sensitive and complex public services."