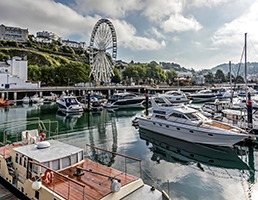 Devon County Council has awarded a 10-year contract to engineering and professional services consultancy WSP to deliver transport and engineering services across the county.

As part of the deal, which starts in April, WSP will form a new relationship with Torbay Council and extend its existing partnership with Dorset Council.

David Stephens, head of local government at WSP, said: "This appointment with Devon County Council is hugely positive for our south-west team and we look forward to supporting the council as partner and delivering on its many objectives that will benefit communities across Devon."

Councillor Andrea Davis of Devon County Council said that WSP would be using local staff based in Exeter to help to deliver "the very large capital programme of highway infrastructure works over the next five to 10 years."

Councillor Mike Morey, a cabinet member for infrastructure, environment and culture at Torbay Council, added: "We look forward to working with WSP on a range of transport and engineering projects in the future and congratulate them on being awarded this contract."