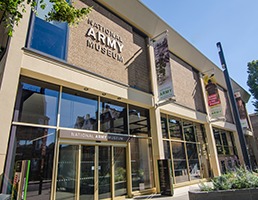 National FM provider Phosters FM has announced that it has gained a contract to carry out FM services at the National Army Museum.

The Worcestershire-based company recently secured the three-year deal to provide hard FM services for the British Army's central museum in Chelsea, south-west London, plus its archive warehouse in Stevenage.

The museum has five galleries and more 2,500 artefacts on display, telling the story of the British Army's engagements and history - from the English Civil War in the 17th century, right up to present-day conflicts across the world.

Since undergoing a major redevelopment between 2014 and 2017, the Chelsea location attracts at least 235,000 visitors a year and currently employs 85 permanent staff.

Alistair Brown, group business development manager at Phosters FM, said: "We understand the importance of the properties and the artefacts held within, and to that end Phosters are committed to providing a first-class service and maintaining the assets to the very highest standard."