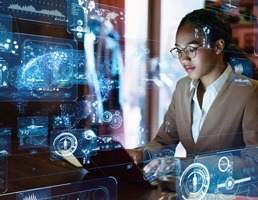 A report by Tech Nation, a growth platform for tech companies and leaders, suggests that the UK is leading the way on cutting-edge technologies.

Some key findings from the report show that the digital tech sector's gross value added (GVA) grew six times faster than the rest of the UK economy in 2018. It contributed £149 billion to the UK economy and accounted for 7.7 per cent of the UK's GVA.

The report says 2.9 million people in the UK are employed in digital tech, which was an increase of 40 per cent from 2017 (now accounting for 9 per cent of the national workforce).

It revealed that 25 per cent of Europe's top 20 highest investment tech cities in the UK are Manchester, London, Bristol, Oxford and Cambridge.

The report reveals that fintech remained the UK's largest tech investment sector, with a 100 per cent rise from 2018.

The UK is third in the world for the level of AI investment and the only country of the top five AI nations to have demonstrated consistent positive year-on-year growth for the past five years.

"Across the piece, UK tech companies are offering radical solutions. We need to stay responsive, with smart regulation, ever increasing access to growth capital and new markets. Every effort we put in now will repay many times over, as the past few years have already shown."

The full report can be found here.