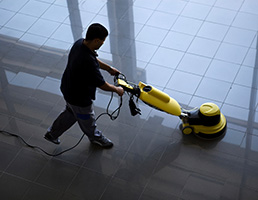 Analysis: Local councils could be key in delivering Living Wage

Living Wage vs the bottom line for FM operators

FM firms need to 'step up' and pay the Living Wage

After years of attempting to keep a lid on inflation before, during and immediately after the financial crisis, the UK is seemingly on the brink of entering a period of prolonged minimal inflation, or even deflation.

Indeed, the rate of consumer price inflation halved in December, ending the month at just 0.5 per cent as the sliding price of oil took the sting out of prices.

The government is breathing a sigh of relief as consumers finally feel they have a few extra pounds in their pocket in the run-up to the general election. And despite all the negative connotations, deflation is not always a bad thing, especially if it is accompanied by growth in the economy and, unlike the Eurozone, the UK economy is still growing at a decent pace. And for companies deflation can provide relief in terms of falling input costs, but it also makes raising prices difficult.

But the combination of low inflation alongside a growing economy could spell difficulty for some companies and sectors, and FM is unlikely to be immune. After many years of low wage increases as companies have pared back costs and employees have been glad to keep their jobs, an improving economy is expected to feed through into above-inflation wage increases this year. Sustained real-terms wage growth is welcome for workers after five years of effectively stalled wages, but for businesses struggling to justify raising prices it can pose a problem.

For the FM industry there is further pressure from a growing campaign for suppliers to the government to pay the Living Wage. In general, FMs employ a large number of workers on the minimum wage, which was recently increased from £6.31 an hour to £6.50 an hour, only the second significant increase in the past six years as it has failed to keep pace with inflation during the recovery from the financial crisis. Indeed, there is already a call for a more generous increase to £7 - the level it would be at if it had kept pace with inflation - when the minimum wage is next adjusted in November.

But campaigners say the minimum wage is not sufficient, especially if the earner has dependants. Some companies already use the living wage as their baseline. The Living Wage Foundation suggests that £7.85 an hour for most of the UK and £9.15 an hour for London is the minimum required for a worker to cover the basic costs of living.

The election manifestos are still being written, but Labour leader Ed Miliband has hinted that he may include a pledge to adopt the Living Wage, and may try to force government suppliers to match it with their basic pay should Labour win the election. This could have significant implications for FM suppliers to the government, which will struggle to maintain margins should they be forced to rebase salaries.

There may be some slack as input costs fall, but FM companies tend not to be big consumers of energy or raw materials; their biggest cost is people and a hefty uplift in costs could affect their ability to service contracts profitably and the quality of services they offer. Although a living wage is an ideal that we should aspire to, its introduction could make life more difficult for a sector that is already working on thin margins.