In Focus: A Franco-American FM alliance 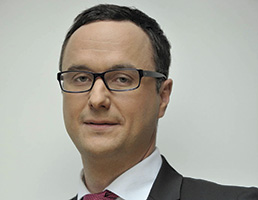 From 1944 to 2000, Atalian had focused on the French market, especially cleaning services, but then "step by step" it branched out into facility services including technical and security services and now provides these to companies in 21 countries.

Atalian's customers include Airbus, Air France, Areva, Axa, Bosch, Carrefour, EDF, Electrolux, LafargeHolcim, LVMH, the Louvre Museum, Metro, Orange, SNCF, and Safran.
Matthieu de Baynast, president of Atalian International, tells FM World: "It was around 2005 and 2006 that we decided to go outside of France to look for more opportunities and business.

"The idea was to transfer the know-how from France that had been developed over the years and then there were a lot of acquisitions in Europe because it was still an emerging market."

As a result, Atalian expanded into countries like the Czech Republic, Romania, Hungary, Croatia, Poland, Serbia, Russia and Bosnia.

"In 2006 and 2007, when we pushed into these countries, there were not many international players [in them providing services]. ISS was the strongest and there were a few regional players, but not many. Then we went in with our model of FM that we had in France and it worked. We grew quite fast because we went into about 10 countries like this," he says.

After finding success in Eastern Europe, Atalian started looking at bigger markets and took its business into Southeast Asia.

"Today we are in Malaysia, The Philippines, Indonesia, Vietnam and Thailand. We have regional offices there - the market is very dynamic."

The company then decided it was ready to launch itself into mature markets so that it could take more sophisticated risks - hence its expansion into the American market.

"This is why we decided to investigate the US market one year ago," says de Baynast. "We asked someone to analyse the market, do a survey, understand how is it organised, whether we could have organic growth in it and what the FM concept in the US was like.

"We discovered there was a strong interest to go there because even though there are big players in the market there were more American ones.

"There were few global FM companies Plus the US market is extremely fragmentedthere are a lot of companies but they are very specialised in one area. For instance, cleaning companies only do education or healthcare, but they don't do both. They are also organised by state."

He says a lot of companies were not outsourcing services compared with Europe - the ratio is much lower. "So we decided to invest in the US market."

Atalian's acquisition of New York-based Temco, which it first found out about through its Luxembourg and Belgian operations, was a perfect way to do this.

Temco was founded in 1917 and had a turnover of US$375.5 million (£262.3 million) in the year ended 30 September 2015. It employs more than 10,000 people worldwide, operating in 12 US states: Connecticut, Georgia, Maryland, Massachusetts, Minnesota, New Jersey, New York, North Carolina, Ohio, Pennsylvania, Tennessee, and Texas.

The company has had its European headquarters in Belgium since 1971.

One of the reasons Atalian was successful in the acquisition was down to its European expertise.

"The company owners did not want to split the company in two as it would not have been easy. The deal was much easier with us," says de Baynast.

He says his company would start with cleaning services, and over the next two or three years would begin to acquire technical companies in US.

As for Atalian's ambitions in America, de Baynast says: "In the future we want to have a huge part of our revenue from the US market; we believe the market is very dynamic here."