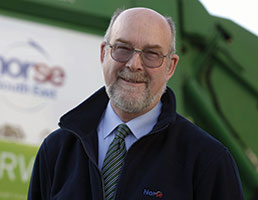 The issue: Joint ventures between councils and private providers

Havant to join forces with Norse

The Havant venture is the latest in a long line of local authority partnerships that Norse has formed, including those with Newport City Council and Great Yarmouth Borough Council, which it says have contributed "significantly to the company's growth".

What has been unique about Norse's approach to Havant? Peter Hawes, MD of Norse Commercial Services, explains: "Havant has a high dependency on the leisure industry which meant we had to be mindful of different income streams and different skill sets that some of the staff may have had. This is a beautiful part of the country and there is very high regard for environmental issues so it's absolutely essential we understand the specific requirements of that location."

Street cleaning, refuse collection and grounds, maintenance tasks will be handled in much the same way from council to council, says Hawes. "The only thing is, generally there will be different requirements for different uses and that's what we have to be careful with. For instance, we need to understand what the exact frequency of grass cutting may be and what standards are required to ensure that this is giving the authority the image that they want to portray the service for each authority varies depending upon whether it is in a highly industrialised or a leisure area the frequency of certain services and standards required helps us understand what exactly the partner wants us to achieve."

A strong business base

Hawes told FM World that Norse is focusing on expanding in the country with a similar model to the one in Havant.

"We have a strong base now on the South Coast and we will be looking at how we can grow the business from that base. We'll be looking to secure new contracts and introduce new skills in order to win new work which perhaps the borough has not yet undertaken."

A joint venture essentially means a local authority becomes a company. "It's a partnership of Norse and Havant Borough Council and we will be bidding for work and expanding the company as best we can. The authority is a shareholder in the new company we are able to move the staffing to a company and with that comes more commercial freedom to develop the business in that area."

But, he says: "We don't want this to be seen as a standalone private company, we want it to be seen as a company owned - in this case - by Havant which is delivering services in a more commercial way."

And the ambition of the Havant and Norse JV is broad.

"Some of our partnerships still retain the name of the authority we work with, like Medway Norse, Barnsley Norse and Newport Norse. Havant have decided they want to have broader ambitions in the South-East, so therefore they have been very clear to not directly have 'Havant' in the name [of the company] even though they are proud to be a part of [it]."

And Norse is an ambitious company. Hawes says it is exploring the possibility of new work "throughout all of our activities whether it is care homes, asset management, professional services or facilities and environmental work that we do. There are huge opportunities in the public sector at the moment".

The company is exploring two Midlands joint ventures. Hawes said: "We have two potential JVs in the offing in the Midlands, but they will take place over the course of the year. These things have a long gestation period and we have to work through what the issues are with our potential customers, and they have to feel comfortable with us. So there is a degree of due diligence to be carried out."

Norse seems to have the expertise to make it work, given its work with other local authorities. Says Hawes: "We have a good process for doing this and we are pretty well experienced."