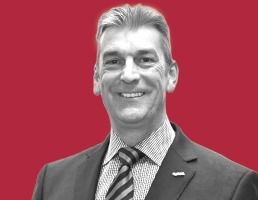 Issue: The group's transformation into a social enterprise

An interview with Chris Kenneally, chief executive officer at Cordant Group, about the group's transformation into a social enterprise.

You said in September that Cordant was becoming a social enterprise. How has the news been received?

The reaction from our customer base has been really positive. We have had four major, major customers who have said that they will put it in their renewal tenders next time round, [they will say] you can only bid if you are a social enterprise there's a long way to go, but it's good.

What stage are you at in terms of developing an operational strategy?

We've had a series of workshops, which started with executive board and adviser Bates Wells Braithwaite, who brought in some advisers to get some understanding of group strategy. Then they had a session with managing directors Then we had a set of workshops with middle management, and this week we have a session with the 'coalface' workers. So we are piecing together the vision from the top to bottom [of the business] and see what their view is of what we should measure in terms of social impact.

How will that be done?

Historically, it [business] is top-down driven, but we are trying to do it the other way round; get people at the bottom to tell us what we should be getting them to focus on to make a bigger impact. We think we see the problems but, honestly, they are probably far closer to it because most of the workforce are on minimum wage or are low-paid workers on benefits living in communities where social deprivation is rife, so its better to let them have a say. We're a bit divorced from it. The next step will be to adjust our business plans so they encompass taking in those core areas. We will try to do that before Christmas as our financial year starts in January. While we agree our budgets, how we distribute whatever we want to distribute and measure things can still be tuned. That will be the plan over the next four to five weeks.

What will be the next step after that?

Each of the businesses has a 'strategic swim lane', which is their business plan. Each has five core objectives and one of those will now be social responsibility and it is down to them to decide what's in their plan. Then we measure it every month depending on how they do. It could be half a dozen topics about finance, people development and then of course, social impact.

How will Cordant's 60-plus companies factor into the plan?

We have a dozen companies that trade and the rest are just dormant But it's not as straightforward as just writing them off at Companies House as often there are assets left in them. When you buy businesses you tend to buy goodwill which sits on the balance sheet, so if you write it off you have to have the cash to pay the goodwill off the balance sheet and you don't want to do that because its just wasting cash so it is easier to leave it there until the goodwill writes down naturally over each year, you can take a chunk off. In a couple of years there will probably not be 61, but 20 or so.